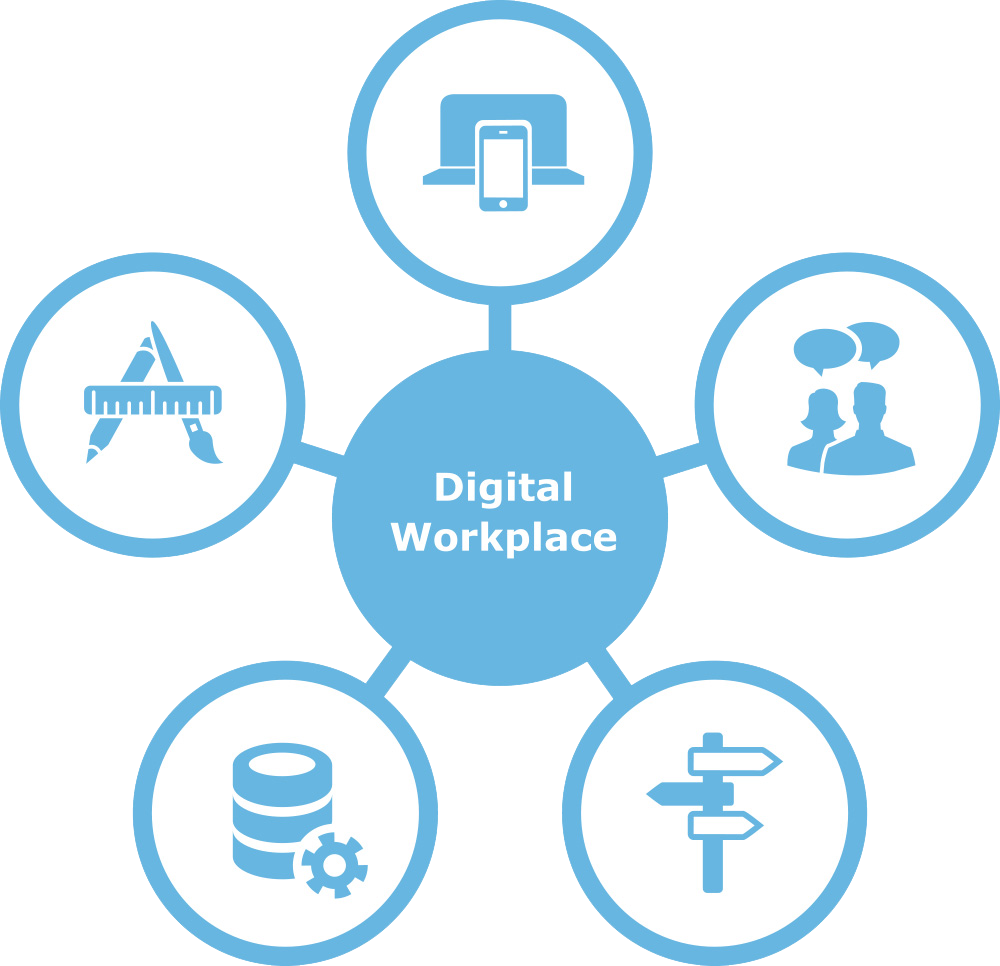 In the past decades, the workplaces used to be composed of physical equipment such as having an office and a desk however due to the rampant growth of technology, the way of conducting activities in workplaces have drastically changed. Despite the advancements in the way of working, the term digital workplace is still not clearly known and understood by many. Discussions on the integration of digital workplace in workplaces and what the future holds for has continued among business leaders and analyst as they try to figure out the potential impact the technology will bring to the way of working.

It’s key to note that the digital workplace has been there for quite some time and business organizations may have actually been involved in digital operations in one way or the other. These extend to which business may have used digital workplaces is the one that differs a lot as different organizations have different views on the significance of having their workplaces operate digitally.

With rampant realization on new technology in the marketplaces, limitations posed by operations that were conducted physically have been torn down drastically as the new technology brings with it improved way of operating one of them being the introduction of cloud-based technologies. The extent to which digital operations in workplaces cover is quite broad as different people view it within according to what it helps them in and that the reason why many people have not actually conceptualized it and thus fail to realize most of the benefits posed by having a digital workplace.

Evolution of digital workplaces has progressed slowly over the year despite the great numbers of programs promoting digital transformation. This may have resulted from a lack of well-laid strategies and governance in how digital workplace operates. The main problem is that tools platform and application fail to cohesively work causing difficulties to the people operating them. It is well known that the technology holds many benefits compared to the limitations that come along with it thus it’s quite important to hold on it so as to realize its full potential.

A deep understanding of digitalized workplaces is considered first before implementing it in an organization. There are numerous opinions on what it means because what it may be known for in few years to come is different from what it may be known for presently. Digital workplace ought to have strategies orchestrating it for it to bring prosperous environments. Some of the benefits that may be realized by any digital workplace software include improved productivity in organizations as it promotes faster delivery of new products. There is also the aspect of cost and resources reduction, improved problem-solving techniques good customer service to mention a few.

With the era of remote working and globalized organization, the digital workplace needs also to viewed from the same perspective and not to be viewed as mere collections tools and application software. Thus, it not supposed to be viewed from the support tools it poses but considerations be made on those who operate them.